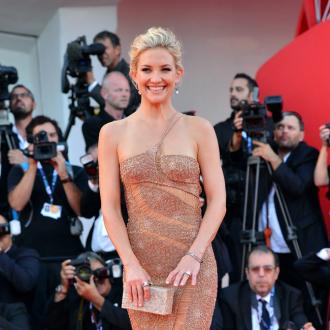 Kate Hudson has ''invented'' her own tea.

The US actress insists she brews a better beverage than her English fiancé Matt Bellamy and has created her own unique hot drink which she particularly enjoys.

She said: ''I make great tea. I was taught by an English guy years ago. He was a double-bagger so I can do really strong tea. I definitely make a better cup than Matt. He likes tea with lemon.

''I've invented my own tea. An Earl Grey cappuccino. Basically two bags of Earl Grey. Two sugars and cappuccino milk with froth. It's delicious. I defy anyone not to like it.''

Kate - who has sons Ryder, nine, with ex-husband Chris Robinson, and Bingham, 21 months, with Matt - admits she initially found it hard to adjust to living in London, but now she couldn't be happier.

She told Britain's ELLE magazine: ''When we first started coming to London I found it quite hard. It just seemed so grey. I'm such a California girl, I'd be here for a week then I'd be searching through travel sites looking for somewhere with sun and colour. I'd go off on these little trips or jump on the Eurostar just to see some brightness.

''And then a few months ago we were coming back from LA. We left blue skies and sunshine and we slept on the plane. I woke up to this terribly English pilot's voice saying we were over London.

''I opened the window and looked down on this huge swirl of grey, milky clouds and everything below it darker and sort of murky and I suddenly thought, 'That looks so cosy. It was a slow thing, but I really started to appreciate that actually it's more than just grey - it's like there really are 50 shades of grey and I actually love that.''