Quote: "He was so prolific. He used to make me laugh because whilst I was working on an album, he would have done two world tours, a couple of albums (and) a film. He was really playful and really sweet. What a talented man, what an artist. I think it’s a terrible loss that he should go at such a young age, its incredibly sad." Kate Bush remembers her friend Prince, who died in April (16). The pair worked together on the song Why Should I Love You from Bush's 1993 album The Red Shoes.

Quote: "I am so sad and shocked to hear the tragic news about Prince. He was the most incredibly talented artist. A man in complete control of his work from writer and musician to producer and director. He was such an inspiration. Playful and mind-blowingly gifted. He was the most inventive and extraordinary live act I've seen. The world has lost someone truly magical. Goodnight dear Prince." Kate Bush adds her tribute to Prince on her website.

Quote: "David Bowie had everything. He was intelligent, imaginative, brave, charismatic, cool, sexy and truly inspirational both visually and musically. He created such staggeringly brilliant work, yes, but so much of it - and it was so good. There are great people who make great work but who else has left a mark like his...? Whatever journey his beautiful soul is now on, I hope he can somehow feel how much we all miss him." Reclusive singer Kate Bush remembers the late rocker in a rare public statement published in Britain's Guardian newspaper. Bowie passed away on 10 January (16), aged 69.

Quote: "Who decided it was time to start liking her again? I never even liked her the first time round. It's like all these radio Djs have been raiding their mam's and dad's record collections and decided that Kate Bush is suddenly cool again. But I'm not having it." The Fall star Mark E. Smith is baffled by Kate Bush's comeback. The Wuthering Heights hitmaker is in the midst of a 22-date run of concerts in London.

Quote: "I nearly burnt one end of the house down, because my trolls were having this sort of outdoor party, and decided to light a bonfire on the windowsill." Kate Bush's imaginary friends caused her trouble when she was a child.

Quote: "I'm having the second side of HOUNDS OF LOVE played at my funeral." Singer/songwriter Little Boots wants Kate Bush's music piped into her last gig on earth.

Fact: Superproducer Mark Ronson celebrated his 33rd birthday with a fancy dress party in London on September 4 (08) - with all guests dressed as their favourite album cover. The star came as singer/songwriter Patrick Wolf, while his girlfriend Daisy Lowe dressed as Kate Bush.

Fact: <p>Teen soprano Charlotte Church is covering Kate Bush's classic hit THE MAN WITH A CHILD IN HIS EYES and plans to release it as the B side for her next single. </p>

Fact: <p>Reclusive rock icon Kate Bush is to release her first studio album in 12 years in November (05). The as-yet-untitled album will be Bush's first since The Red Shoes in 1993. </p> 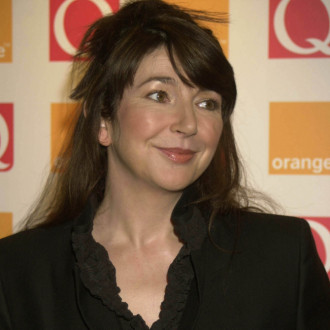 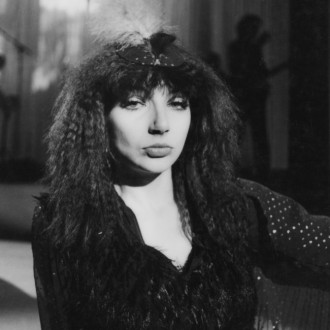 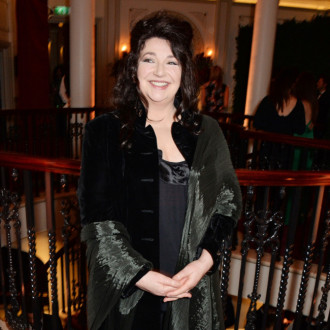