Kate Bosworth is to the tie the knot to her fiancé Michael Polish in a ''country-style wedding'' at the end of August. 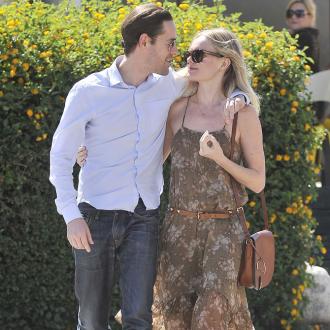 Kate Bosworth is to marry at the end of August.

The 30-year-old actress will tie the knot to her fiancé Michael Polish in a ''country-style wedding'', and sources have told the New York Post newspaper the couple are to follow in the footsteps of Blake Lively and Ryan Reynolds by selling their photographs to bridal magazine Martha Stewart Weddings.

Kate - who she has been dating the director since 2011 - recently admitted 42-year-old Michael is the ''soulmate'' she had dreamed of meeting as a child.

She said: ''I had forgotten my ideal relationship. When I go home to my childhood bedroom I see all the quotes I wrote about meeting a soulmate.

''Just through growing up and having relationships that didn't work I forgot that side of things and it became about, 'How do we make this work?' When I met Michael all of that magical side of believing in a soulmate returned.

''I'm really grateful because I believe it's rare. I believe that we're two people who have found their way though difficulties in life, unpacked their baggage and realise it's the same baggage.''

Despite dreaming about meeting her ideal man, the blonde beauty admits she didn't fantasise about tying the knot as a youngster.

She said: ''[It] will be a love letter to our country. It's funny because I didn't really think about marriage very much. I was not the girl carrying around bridal-dress designs.''

The couple got engaged in August 2012 and Kate revealed the news of her relationship status update in a travel diary during a trip to South Korea.

She wrote: ''On our first day in Seoul, my fiancé ... and I ventured out to discover Changdeokgung Palace.''