Kate Beckinsale has a new found respect for journalists since portraying a reporter in 'The Face of an Angel' and believes without the media we'd all be living in a ''police state''. 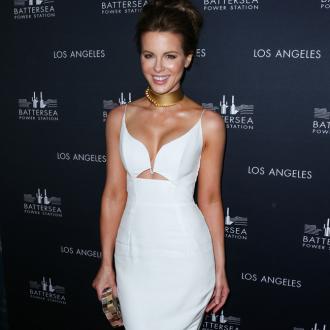 Kate Beckinsale has praised the role of journalists in society, insisting without the media we'd be living in a ''police state''.

The 41-year-old actress plays journalist Simone Ford in new psychological thriller 'The Face of an Angel' - which is inspired by the real life story of Amanda Knox who was accused of the murder of Meredith Kercher in 2007 - and from portraying a reporter she now has a new found respect of the profession and its importance.

In an interview with The Guardian newspaper, Beckinsale said: ''It was weird for me to be playing the journalist but I realised quickly how important it was for my character that people were giving her information. It isn't just salacious, it isn't just what she wore in court. And if we don't have journalists we live in a police state.''

The screen beauty also believes that actors and journalists share some similar traits which set them apart from other individuals.

Beckinsale believes the way both actors and journalists observe situations and have the ability to disengage emotionally from events can lead people to mistakenly have a negative view of what they do.

She added: ''I think it's also true that journalists and actors share some qualities. Say you're having a terrible argument with your boyfriend and you're breaking up. For an actor there's this still slight distance where you're observing the event, thinking, 'This is what it looks and feels like to be breaking up with someone.' I think that journalists have that same ability to step back and see things from a different perspective. That doesn't necessarily make the journalist an a**ehole, any more than it does the actor.''