Beckinsale and Sheen had a daughter, Lily Mo, in 1999 - and she sometimes sends her amusing pictures of her father to cheer her up.

Kate Beckinsale has a really strange way of cheering up her daughter – she sends her a naked photo of her ex-boyfriend (and her daughter’s father) Michael Sheen. Okay then (!)

Beckinsale and Sheen dated for eight years between 1995 and 2003, during which time they welcomed their daughter Lily Mo, now 17 years old, in 1999. Although they split, they have remained friends since.

The 42 year old actress made the startling revelation during an appearance earlier this week on Conan O’Brien’s chat show. 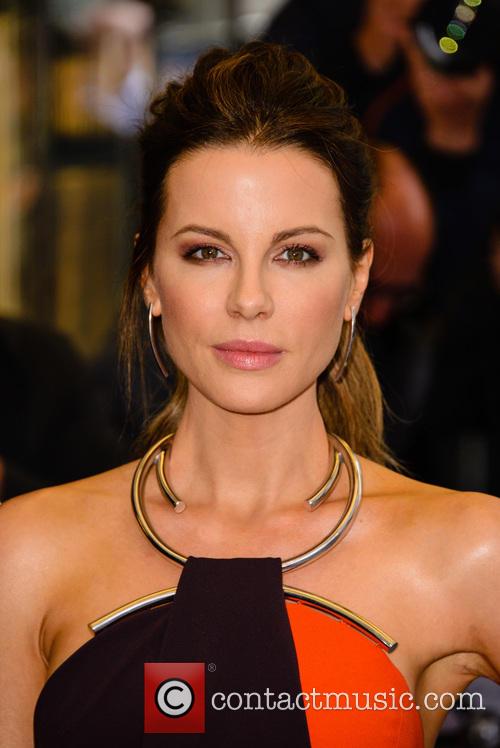 Kate Beckinsale made the startling revelation on Conan O'Brien's show

“You made that sound creepy,” Beckinsale laughed in response when Conan brought up the rather odd rumour. “My daughter and I are both from the school where we find a naked man very funny under the right circumstances.”

“There's a funny picture of him in a very good show that he did, in which he was brilliant, but they have a still of him getting out of a bathtub naked, with a quite military face and stance,” she explained. “If I sense she's feeling low I'll think, 'You know what, she could use Mike in the bath'.”

The picture in question comes from the 2006 BBC Four television play ‘Kenneth Williams: Fantabulosa!’ in which Sheen starred as the English comic actor.

Always a baby to me #Lily -- See more tonight on the @latelateshow ?

There’s no doubt that she and Michael are still close and supportive of each other – last month, they re-created the moment their daughter was born in an Instagram ‘then and now’ shot – but one presumes that Sheen knew about this before this week!

Beckinsale, famous for her role in 2003’s Underworld and a number of action/fantasy movies since, appeared on ‘Conan’ to promote her new movie Love and Friendship, a comedy adapted from Jane Austen’s novel ‘Lady Susan’.