Kate Beckinsale: No breaks on The Face of an Angel

Kate Beckinsale has revealed she and the rest of the cast of 'The Face of an Angel' didn't get any breaks on set because director Michael Winterbottom likes to work ''short days'' with no distractions. 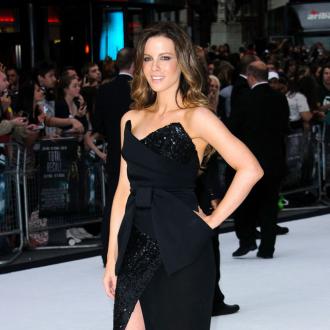 Kate Beckinsale says she and her co-stars were not allowed any breaks on the set of 'The Face of an Angel'.

The 41-year-old actress plays journalist Simone Ford in the psychological thriller - which is inspired by the real life story of Amanda Knox who was accused of the murder of Meredith Kercher in 2007 - and has revealed director Michael Winterbottom prefers to work ''short days'' meaning there was no time for a proper lunch.

Beckinsale also revealed Winterbottom expected the cast to stay in character while shooting, which left little time for fun on set.

In an interview with 'Lorraine', she said: ''You turn up and you put a microphone on the minute you get there and that's on all day and it's turned on all day. There's not a ton of hijinks because you are sort of encouraged to be in character as much as you possibly can.''

Beckinsale stars in the movie - out this month - with Daniel Brühl, Cara Delevingne and Genevieve Gaunt.