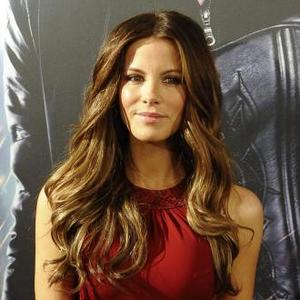 The 38-year-old actress was concerned about doing damage to the brunette beauty when they grappled together with Colin Farrell - who stars as lead character Doug Quaid - in the remake of the 1990 action movie because she is not used to fighting women in her roles.

She said: ''I was most worried about my fight with Jessica and Colin together, because it was the most complicated. When it came to the actual hour of it, I was like, 'Oh, my God, am I gonna be the person who breaks Jessica Biel's nose?'

''I've only really fought with stunt men and hairy werewolves before.''

Jessica - who plays Melina in the film - enjoyed the Duels between her and Kate's character Lori, and they came across a number of issues that don't usually happen when they are shooting combat scenes with men.

In a joint interview with Maxim magazine, she added: ''We never get to fight women in our movies, so we never had hair to deal with. I'd fake-punch her, her hair would go flying and get caught in my button, and I'd be stuck to her head. Kate and I laughed about that one a lot.''