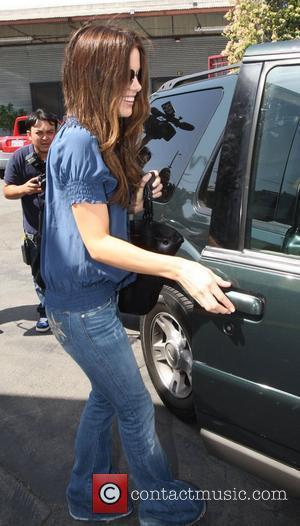 Kate Beckinsale has vowed never to appear naked in a movie, after she was bullied at school when her actress mum stripped on TV. The episode traumatised Beckinsale - whose mother is veteran British TV star Judy Loe - and she is determined not to subject her nine-year-old daughter Lily to the same humiliation. She tells AOL Movies, "My mum was an actress, and she did a nude scene on television when I was about 9 or 10, and the crisis I had when everyone came to school the next day and told me they'd seen my mother naked just makes me kind of, you know ... I'm not in a big rush to do that to my child. "She's embarrassed enough that I'm an actress at all, without me being naked as well."