Kat Von D, the celebrity tattooist and star of 'L.A. Ink', spotted leaving Urth Caffe in Los Angeles after having lunch with a friend. The 28-year-old year old wore a yellow baseball-style jersey with red sunglasses as she left the restaurant and climbed into her convertible car parked nearby.

Von D has rarely been spotted in public since announcing her split from Sandra Bullock's ex-husband Jesse James. It is not clear why the duo called it a day, although speculation suggests their long distance relationship became strained.

Kat Von D Steps Out After... 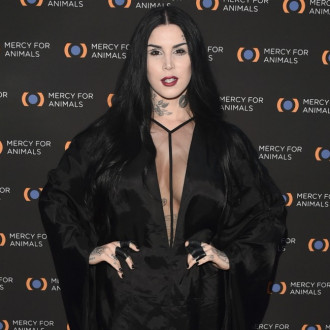