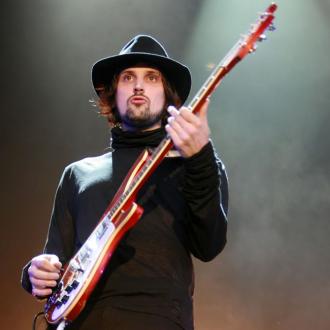 The 34-year-old rocker doesn't think the British monarch's annual public address - which is broadcast at 3pm on Christmas Day - is ''necessary'' because he doesn't think anyone cares about what she has to say.

He said: ''Is it necessary that she even does one? It's so pointless. It's never on in our house.''

The 'Fire' hitmaker continued to say he believes the royal herself knows the regular address is an out-dated tradition which needs to be scrapped.

He added: ''She should probably address not having one - go on the telly and go, 'Look, there's no point in this.' ''

Although the speech won't be a key part of the star's Christmas, he is looking forward to the festive occasion which he will host at his home along with his wife, Amy White, and their sons Ennio and Lucio.

Speaking about the big day, he told NME magazine: ''Pure family, mate. That's why we live in Leicester still. My missus; mum and dad live round the corner, so it's a real family zone. Grandmas, grandads, they all come round to ours.''