Kasabian have been confirmed as headliners at the Snowbombing Festival 2013 in Austria, joining the likes of acts such as Katy B and Example. 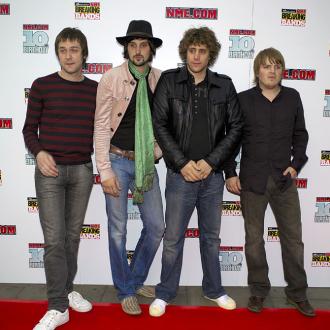 Kasabian are headlining the Snowbombing Festival 2013.

The British band will take to the alps in Mayrhoffen, Austria, to close the annual ski and snowboarding event in April next year.

As well as playing the climax of the main festival, Kasabian will also play an exclusive and intimate show 6,000 feet up on the crest of a mountain to a select group of guests.

Snowbombing founder Gareth Cooper is thrilled the band agreed to perform and thinks that it will boost the experience for visitors.

He said in a statement: ''One of the world's best live bands playing in a small Austrian village is what Snowbombing is all about; delivering a unique, intimate festival experience in amazing surroundings and venues.''

The indie rockers will join the likes of Example, Katy B, Disclosure, Rudimental, Foreign Beggars, Ms. Dynamite and P Money at the festival next spring.

Example shared his excitement about the gig, saying: ''I don't just come to Snowbombing on the day of the gig. I come for the week.

''Still the best party of the year for me - unrivalled location. I've got the added excitement of playing the party in the forest this year!''

The festival will take place in Mayrhofen, Austria between 1-6 April 2013. For more information visit www.snowbombing.com