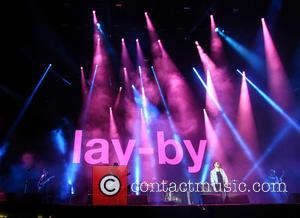 The U.K. government has announced it will bring in a ratings system to give pop promos an age restriction, but as it only affects British stars, notoriously raunchy U.S. acts such as Miley Cyrus and Rihanna will be unaffected.

British rocker Meighan is worried that his young daughter will copy some of the antics depicted in videos, and wants to see the ratings scheme extended overseas.

He tells the U.K.'s Daily Mirror newspaper, "They need to put controls on. I've got a three year old daughter and when there is someone dancing like a stripper, you know, she is three years old... But the kids will get to it no matter what. But then they copy it and pick it up. I don't want my daughter doing that."

Last week (beg17Aug15), The X Factor judge Cheryl Fernandez-Versini came out against the proposed controls, insisting the scheme "makes no sense" if it is limited to British singers.