Kasabian think British music is ''overrun by pop'' and have called for more rock bands. 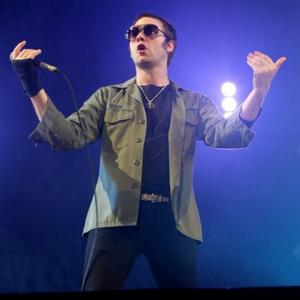 The 'Rewired' band feel there is a lack of good rock bands at the moment, and they are one of the only UK groups to take risks with the songs they release.

Singer Tom Meighan said: "There's a rock 'n' roll drought at the moment, so I'm glad we're here. People are frightened of making records that sound good on the radio."

Bandmate guitarist Serge Pizzorno added: "We've been overrun by pop and I hate that indie attitude. Life's Too Short to give a f**k.

"I'm not religious, I don't think there's anything after this, so I'm here to have a good time and this is the One Chance I've got. So get me the f***ing fur coat and let's crack on. One k***head might go, 'Oh, I don't like that.' But who cares?"

Although they are keen to promote their rock 'n' roll attitude, both Tom and Serge have started to party more sensibly while touring their fourth album, 'Velociraptor'.

Serge added: "We're in a rock 'n' roll band, so we're going to party every now and then. But you've got to be good at both. If you have a drink, you can never f**k up. I saw an interview with Jack Nicholson and he was like, 'I had a good time, but I was never late and never missed a job. That's where I get my pride from.'

"I'm down with that. I can't be arsed to be out of it for five days. While you're hungover, I'll be in the studio working, motherf****r. That's how I roll."