Karrueche Tran not 'ready' for baby?

Karrueche Tran isn't keen to start a family with her boyfriend Chris Brown at the moment as she would rather focus on her acting career. 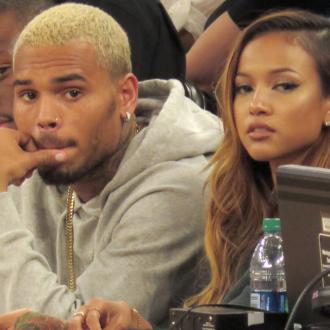 The 25-year-old singer sparked rumours earlier this week he and his on/off girlfriend were trying for a baby, but friends of the 26-year-old model believe she would rather focus on her acting career for the time being.

A source told TMZ.com: ''She's nowhere near ready to be a baby mumma. For now Karrueche is career-centric - she wants to be an actress.''

The 'Loyal' hitmaker, who reportedly split from his beau last month, confirmed he and Karrueche had rekindled their romance after he posted a picture of her on his Instagram account last night (20.08.14), along with hinting that they were starting a family together.

He accompanied the snap with the caption: ''@karrueche damn near 5 years and this woman still putting up with my s**t. Need to have this baby and stop playing! Lol! My WCW (sic)''

The cute post comes just weeks after it was claimed Karrueche had dumped the 'Turn Up the Music' hitmaker because he had liked two fan photos on Instagram of himself and ex-girlfriend Rihanna - who he has been frequently re-linked with during his off periods with the model - together and is too ''immature'' for her.

However, friends of Chris insist it was the hunk who ended their romance because he thought Karrueche was an ''opportunist.''