Karrueche Tran has ended her relationship with Chris Brown for good and even changed her phone number so he can't contact her. 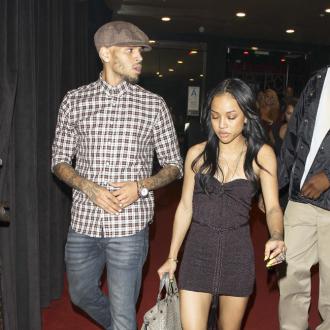 Karrueche Tran has ended her relationship with Chris Brown for good.

The 26-year-old beauty is reportedly tired of her on/off boyfriend's ''immature'' ways and thinks he is ruining his life by putting partying ahead of making music.

A source told TMZ: ''Chris acts immature, like a child.''

According to the website, the final straw for Karrueche was when the 'Yeah 3x' hitmaker liked two fan photos on Instagram of himself and ex-girlfriend Rihanna - who he has been frequently re-linked with during his off periods with the model - together.

In response to the split, Chris has jetted off to St. Tropez on holiday - and took a good friend of his former lover with him in a bid to make her jealous.

However, far from getting the reaction he wanted, Karrueche has now changed her phone number so the 25-year-old singer is unable to contact her.

In a recent interview, Karrueche recently admitted Rihanna had caused problems with her relationship with Chris because her many fans have opinions about the situation.

''So, imagine how that feels for me when I gotta get on Twitter and I see a whole bunch of stuff...they make up all kinds of crazy stuff and it's like they know nothing about me.

''But, you know, because they know nothing about me, because I stay so mute sometimes, that leaves open space for them to say whatever they want.''