The superstar BFFs gave a joint interview to Vogue magazine for their March edition.

New York apparently has Karlie Kloss to thank for Taylor Swift’s move to the Big Apple last year. She apparently freaked out about her best friend moving to London, and persuaded her to move to New York instead.

In a joint interview for Vogue magazine, for which both stars appear on the front cover of the upcoming March issue, the 22 year old Victoria’s Secret model was alarmed at her BFF’s plan to relocate from Los Angeles across the Atlantic last spring, and convinced Swift to stay in the States.

Karlie Kloss persuaded Taylor Swift to remain in the States

Recalling the conversation, Kloss said “She travels a lot. She almost moved to London and I said, 'Nope, not happening.' She now lives in New York.” Swift bought a huge house in the well-heeled Tribeca area of New York for $19.9 million, and Kloss apparently has her own dedicated guest bedroom at the apartment. “She's really good at decorating her house. Her house is really great.”

Elsewhere in the interview, Swift speaks about how close she and Kloss have become, despite only meeting for the first time at the end of 2013. “People had been telling us for years we needed to meet. I remember makeup artists and hair people going, 'Doesn't she remind you of Karlie? God, she and Karlie would be best friends. They're the same.’” 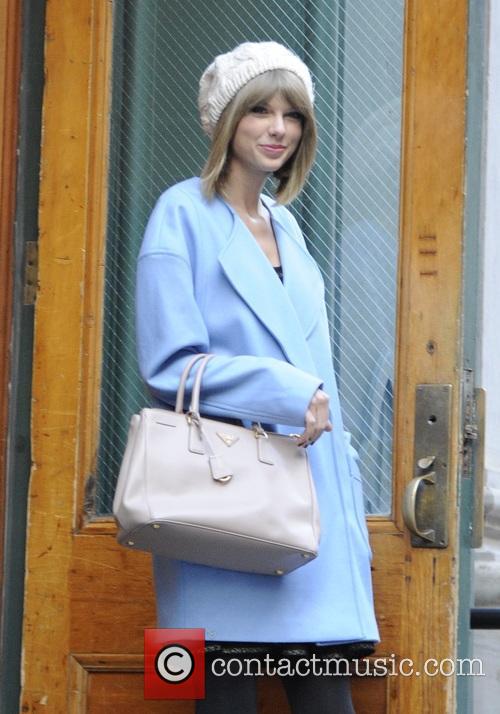 Taylor Swift owns a huge house in the Tribeca area of N.Y.

The 1989 star, who had the biggest selling album in the US last year, took a break from dating last year and that has allowed them to become best friends, to the extent that they’ve accidentally started dressing alike. “The other night I came over, and we were both going someplace from here, and we were both wearing black crop tops and high-waisted skirts,” Kloss admitted humorously. “It's kind of getting weird.”