Supermodel Karlie Kloss reveals she was not "popular with boys at school". 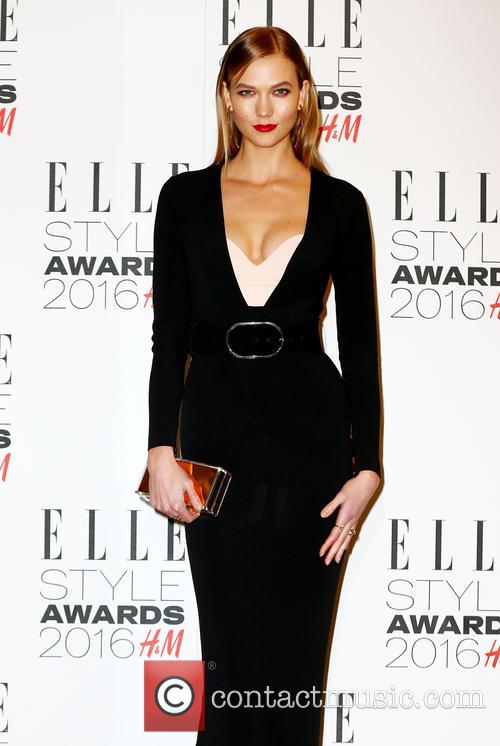 The former Victoria's Secret Angel and face of Nike and Donna Karen campaigns insists that she was somewhat of an ugly duckling during her time at Webster Groves High School in her native Missouri.

"I was absolutely and totally not popular with the boys – partly because I was so good in terms of academics and ballet, but also because I didn’t have time to waste on boys," Karlie told Glamour magazine, adding, "I did get teased a lot though, because I was so tall and skinny."

But the 23-year-old now has a C.V. to envy the most seasoned of models, after launching her career at the age of 14.

Karlie has a genuine adoration for the industry and really enjoys the performance aspect of modelling.

In an accompanying photoshoot, the blonde beauty looks stunning in a navy and white dress that has a line of buttons which extend down to the hip while the asymmetric neckline boasts a bare arm alongside a sleeve. Her hair is pulled into an expertly styled plait extending from a bouffant style fringe, framing her face perfectly to show off her natural make-up.

While Karlie admits she is an avid social media user, boasting 4.3million Instagram followers and an equally impressive 1.09million Twitter fans, she insists she struggles with the phenomenon.

"It can just become a bit of a chore, you know? Also it’s basically a full time job if you’re on every platform," she sighed. "And you’re projecting the highlight reel of everybody’s life so there is that pressure to always be on and having the ‘best’ moments: maybe not the healthiest thing."

Karlie does believe learning about technology is important, however, and launched her Koding with Klossy programme on Wednesday (30Mar16) in order to teach girls about computer code. The summer camp will teach nearly 80 young women in New York, L.A. and St. Louis to build real apps with code.