Review of Dangerous EP by Karl Phillips and the Midnight Ramblers

Tinie Tempah, Wretch 32 and Chipmunk are three prime examples of the inexcusable condition mainstream rap music is currently experiencing. Whilst legends of the game such as Jehst and Dizzee Rascal still churn out decent releases and newcomers to the game, Lunar C and the rest of the Sinoptic label, are picking up where the classics left off. For a collective who describe themselves as a rap-cum-punk-cum-indie group then they could sound very good indeed, in truth however they could sound especially dire. The idea of mixing indie and punk is obviously a derivative idea, adding a rapper to the mix remains tragically unoriginal being a mainstay among parody groups (Hiphopapotamus v Rhymenocerous anyone?). So when I approached this album I was expecting at least a more elaborate Micky P Kerr, what with Phillips' accompanying Midnight Ramblers. Whilst the group have an apparently frivolous outlook on the work, you can't help but imagine that the group consider themselves a provocative and contemporary act, they really aren't. 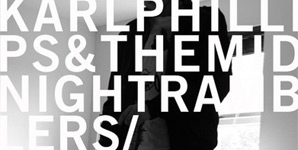 Lead single 'Dangerous' featuring an uninspired Sabrina Altan, is the kind of lacklustre electro-pop that would make Example proud. When Hadouken! achieved moderate fame some years ago it was mostly down to the buying power possessed by middle class teen scensters, Phillips and his Ramblers will no doubt be capitalising on the same key demographic. Whilst the EP has some upsides, the backing from the Ramblers on 'Stabby Joe' and 'Nervous' is mediocre; the bass-line on 'Nervous' in particular is one of the highlights of the album. Other than that however the only other bonus is that at almost fifteen minutes the anguish doesn't last long.