Chanel's creative director Karl Lagerfeld believes it is better to be underweight than overweight, which is ''much more dangerous.'' 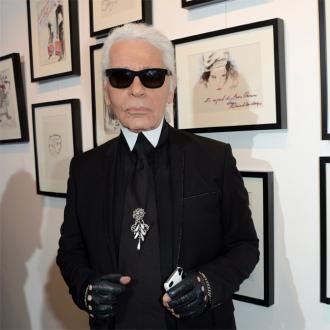 Karl Lagerfeld thinks being overweight is ''much more dangerous'' than being underweight.

The controversial designer - who is currently creative director of Chanel - believes no one in fashion would want to work with a girl who is anorexic and he worries about people who eat junk food more than those who under-eat.

He told Channel 4 News: ''Nobody works with anorexic girls, that's nothing to do with fashion.

''There are less than one per cent of anorexic girls, but there more than 30 per cent of girls in France, - I don't know about England - that are much, much overweight. And it is much more dangerous and very bad for the health.

''So I think today with the junk food in front of the TV it's something dangerous for the health of the girl.''

The German-born designer - who previously suggested Pippa Middleton should not show her face - was also unsure about the fashion credentials of David Cameron's wife Samantha.

He added: ''In France, the image of Mrs. Cameron is unknown.''