Karl Lagerfeld has once again caused controversy with his critiques, this time claiming German chancellor Angela Merkel should dress ''according to her special proportions''. 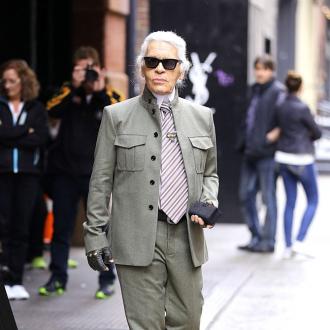 The outspoken Chanel creative director - who has previously come under fire for his controversial comments about singer Adele and other well-known females - criticised the German political figure for the pants she wore in a meeting with United States President, Barack Obama, in June.

He told Germany's Focus magazine: ''Miss Merkel [should dress] according to her special proportions. [When she was pictured with Obama], the proportions were bad, like the cut. The pants were too long.''

Angela is the latest woman to feel the brunt of the 79-year-old fashion designer's acid tongue, following his criticism of Adele, Pippa Middleton and Michelle Obama.

Karl famously branded the 'Skyfall' hitmaker a ''little too fat'' in February 2012, while complimenting her ''beautiful face and divine voice'' at the same time.

The designer also insisted Pippa Middleton - sister to Britain's Duchess Catherine - should ''only ever show her back'', and recently claimed: ''I think that her sister looks better.''