The Kult of Karl Lagerfeld: The Ways of Chanel's Iconic Designer

What does it take to be a follower of Karl Lagerfeld?

So Karl Lagerfeld has opened his first London store, launched a fragrance line and brought us a emoji app all in a matter of days. That’s a pretty busy schedule for the 80 year old Chanel creative director, but in Karl’s world there are no off days. In his over 50 years in the fashion business Lagerfeld has branded not just his designs, but himself as well, leading the ‘Kult of Karl’ to be built up around him. So what exactly do you need to gain membership into Karl’s world?

As a fashion icon and the head of one of the world’s most famous brands Karl knows everything there is to know about fashion. Indeed Karl’s life is so made up of fashion he can’t even get satisfied from it any more, once saying, ‘I am a kind of fashion nymphomaniac who never gets an orgasm.’ But he does have one golden rule, don’t wear sweatpants! ‘Sweatpants are a sign of defeat’, he once said ‘you lost control of your life so you bought some sweatpants.’ We couldn't agree more Karl.

Of course even the great Mr Lagerfeld has to draw inspiration from somewhere. He counts a range of women as his inspirations, whether it be historical figures, classic beauties or the latest model of the moment (currently Cara Delevingne.) He’s even recently given praise to the royal family, finding Queen Elizabeth full of mystery and Kate Middleton a romantic beauty. Sister Pippa was less fortunate though, will Karl once being quoted as saying ‘I don't like the sister's face. She should only show her back.’ Ouch.

Just like fashion, technology is always moving and Karl has one or two tech pieces he’s particularly fond of. He once claimed to owning ‘hundreds’ of iPods (one should surfice) as well as 20-30 iPads. Now his new London store has iPads installed in the changing rooms so customers can take a quick selfie while trying on their latest look. Of course if you want even more Karl in your life you can express yourself through Karl using the new Karl Lagerfeld emoji app ‘emotiKarl’. Which features a range of emotions depicted by Karl cartoons. 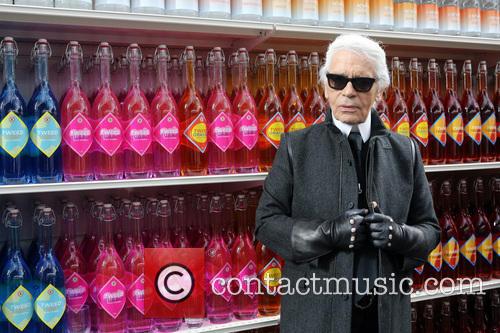 4. Get some famous friends

Karl really does know everybody who’s anybody in the fashion world. His friends range from models to princess' and movie stars as well as fellow designers. Of course he’s also pretty outspoken towards the celebrities he’s not a fan of (Heidi Klum, anyone?) but Karl isn't at parities chasing after the latest celeb endorsement, he’s the one they all want to be seen with. His latest BFF is Cara Delevingne of course, of whom he’s said, ‘‘girls admire her like they used to Kate Moss. They all want to be as free as her.’ A shining endorsement for the new face of fashion.