Speaking at last night’s UK premiere of Guardians of The Galaxy, Karen Gillan was quizzed by the BBC’s entertainment correspondent, Lizo, about the confusion surrounding her hair and the upcoming Star Wars: Episode VII. 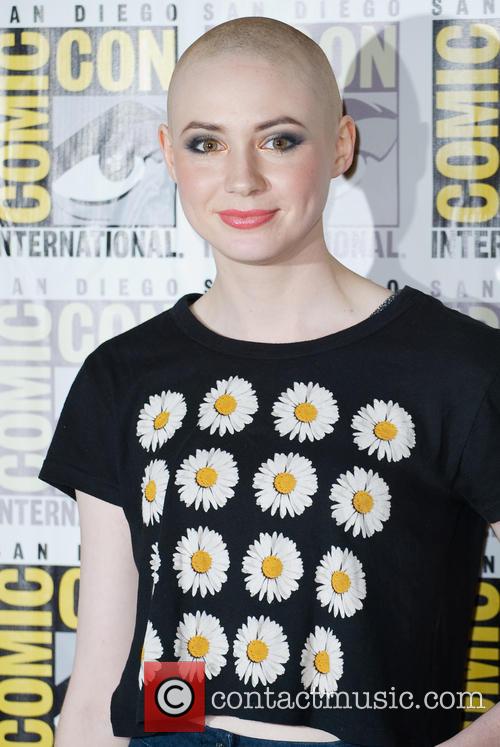 Karen Gillen sporting the shaved head that started it all

For some reason, the Internet went into overdrive surrounding the idea that Gillan – who stars in Marvel’s new movie, Guardians – had donated her hair to J.J Abram’s Star Wars: Episode VII. She dispelled those rumours, though, calling the whole thing a “miscommunication”.

“The people who are making the monsters for Star Wars made my wig for me, so there was one point when it was in the warehouse for the Star Wars stuff. But it’s not in Star Wars. It’s in my bedroom,” she explained while on the red carpet.

More: UK Premiere of Guardians of The Galaxy [Pictures]

Gillan plays the villainous intergalactic pirate Nebula in Marvel's Guardians of the Galaxy, and recently opened up on her role. "I was covered in bruises consistently the whole time," Gillan said, according to Digital Spy. "It was a challenge for me because I've never done anything so physical before. I can throw a mean punch now. I've never played a baddie before, and she's just a total sadist that has men in headlocks, and that's always fun."

The Scottish actress also explained her sadness at not being able to work with correct Doctor Who incumbent, Peter Capaldi. Gillen played Matt Smith’s companion, Amy Pond, then the now-departed Doctor was in charge of the Tardis, but missed out on working with Capaldi, and regrets that fact.

"That would have been amazing [to work with Capaldi]," she said. "I love him as an actor, he's a fellow Scot, but unfortunately I didn't get to do any scenes with him."

Guardians of the Galaxy opens on July 31 in the UK and August 1 in the US.