The directors of 'Bombay Talkies' (a collection of short films in one movie) Karan Johar, Dibakar Banerjee and Anurag Kashyap talk about their new movie in an interview at the 66th Cannes Film Festival in France.

Anurag says that when he was listing possible collaborative directors for the movie, he didn't originally consider Karan because he doubted he would say yes. 'Karan is the strongest commercial Bollywood presence there is', says Dibakar who reveals that he played 'hard to get' in landed a role on the set. 'I actually was like hoping that they would ask me and when they did I said if I immediately agree it would look like I was too eager', Karan says. Dibakar reveals that his story is 'about a. defeated guy who everybody takes for a loser'. 'One day in his life, and it's about the highlight of his day when he is. suddenly almost shanghaied into doing a walk on part in a film set that's happening in Bombay and he is up against Bollywood's biggest star. it's about how it redefines his life in certain ways', he explains. 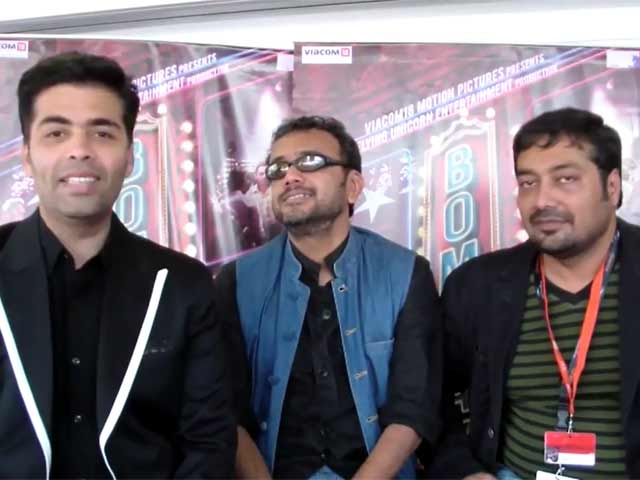