Kanye West is causing friction among his peers again.

Not everyone is laughing off Kanye West's new video for 'Famous'. In fact, Kim Kardashian's ex Ray J is absolutely furious that his likeness has made a butt naked appearance, despite the fact that he was less shy about such things when the famous 'Kim K Superstar' sex tape leaked. 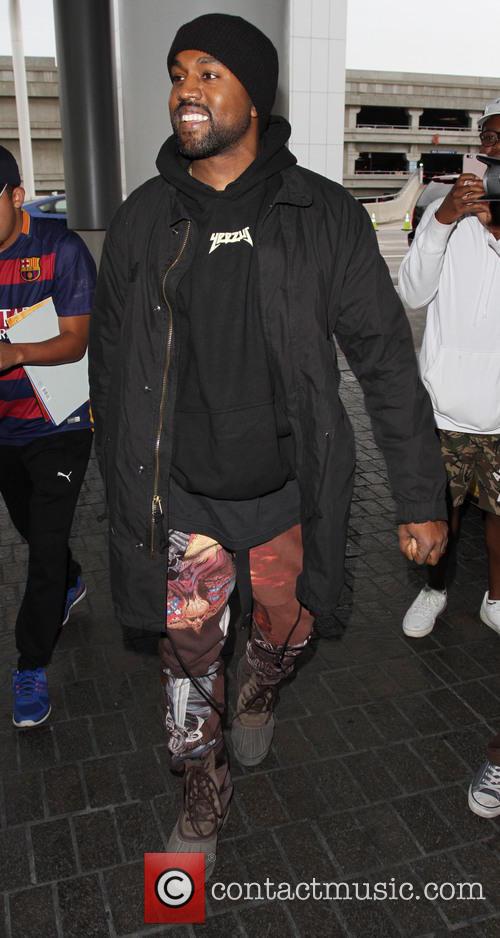 It still doesn't look like anyone has actually filed a lawsuit against Kanye West yet for using the likenesses of eleven random celebrities naked and asleep in bed together. To be honest, the whole concept is so weird and ambiguous that most people who have seen the video are simply baffled by it. Former President of the United States George W. Bush has already spoken out to make sure everyone knows that's not really him in the video (because he has abs in real life apparently), and Chris Brown jovially berated Kanye for his appearance, but others are less laidback about the situation.

TMZ caught up with Ray J to ask him how he felt about the situation, and while he refused to talk on the topic, his manager Wack 100 was very vocal indeed. 'If they didn't show Ray J with his d*** in Kim Kardashian's mouth, tell Kanye to go back and re-shoot that s***', he said, angrily. 'Tell that n**** he a long way from Chicago. He better watch his mother****ing mouth.'

Ray J did mention his uneasiness about the video to Entertainment Tonight at the 2016 BET Awards this week, however, adding that his fiancee Princess Love is particularly upset. 'Don't put me part of nothing that's weird, that don't make sense. Can I grow up?' He said. 'I'm engaged. My marriage is all messed up 'cause of craziness. I'm not part of nothing crazy. I walk down a good path. My fiancée tripping. It's all bad in my world, and that ain't cool.'

'Girls' star Lena Dunham, while she didn't appear in the video, also had a lot to say on the subject. She thinks that the video 'feels informed and inspired by the aspects of our culture that make women feel unsafe even in their own beds, in their own bodies' and even compared the imagery to snuff films.

'Seeing a woman I love like Taylor Swift (f*** that one hurt to look at, I couldn't look), a woman I admire like Rihanna or Anna [Wintour], reduced to a pair of waxy breasts made by some special effects guy in the Valley, it makes me feel sad and unsafe and worried for the teenage girls who watch this and may not understand that grainy roving camera as the stuff of snuff films', she said in a post on Facebook.