While staying in a London hotel inhabited by members of the Royal Family, Kanye West played loud rap music and smoked weed - supposedly to the annoyance of the Royals. 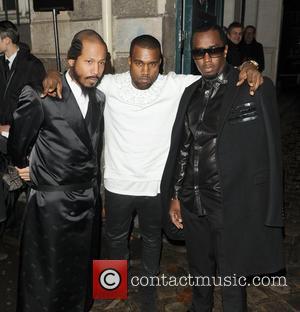 Rap superstar Kanye West has supposedly upset members of the Royal Family through a combination of loud music and weed-smoking at a hotel near Buckingham Palace. According to Britain's 'The Sun' newspaper, the 'N****s in Paris' rapper and his entourage were staying at a high-class hotel near the Palace at the same time as members of the Royal Family.

West has been living in London for several months, residing within the Lanesborough Hotel, a luxury hotel with private dining and butler service. Accompanying West were rappers Common, Big Sean and Pusha T. While there, West took over the entire top floor of the hotel, creating space for a fashion workshop and music studios, for the price of 2,700 GBP per night.

It was reportedly Big Sean that suggested the Royal Family's disapproval, explaining: "Kanye had rented out the top floor and we was banging that b*tch out. Every room was a studio. The Royal Family below were complaining like, 'We got all this loud-ass rap music above us and weed smoke. They paid all this money and you don't expect to get these kind of complaints."