Kanye West appears to make reference to wanting to marry Kim Kardashian in a rap in a forthcoming song. 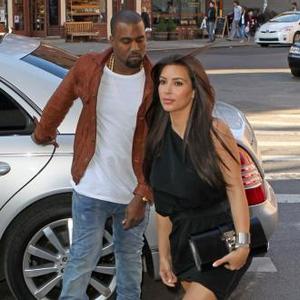 The 34-year-old star appears on an upcoming as-yet-untitled track by hop-hop artist Pusha T and his lyrics appear to allude to the fact his relationship with the socialite is getting serious.

Insiders say the couple - who have been dating for two months - have definitely been discussing the prospect of tying the knot despite the fact that Kim's divorce from Kris Humphries has not yet been finalised.

A source told Us Weekly magazine: ''The lyrics are hardly hot air. Kim and Kanye are 100 percent having conversations about marriage.

''They have definitely talked about getting married one day and things like where they'd want to raise their kids.

''Kanye makes Kim feel really loved and it feels real to her.''

Kanye has won the approval of 31-year-old Kim's family, with her mother Kris Jenner said to be ''thrilled'' about their romance, particularly as she disapproved of her daughter's union with Kris, who she split from in October after just 72 days of marriage.

A source said recently: ''Kris is thrilled about Kim's new romance with Kanye. She loves that they're together and thinks Kanye is a huge step up for Kim after her marriage to Kris Humphries.

''Dating Kanye puts Kim in a whole new stratosphere. Kris was just a basketball player making a few million dollars a year, but Kanye is a world-wide multi-millionaire superstar.

''His money and fame are all going to benefit Kim now and she's going to have all the perks of being his girlfriend, and her mom thinks this is going to be great for her own career.''