Kanye West was the 'vision' behind Kardashian Christmas card 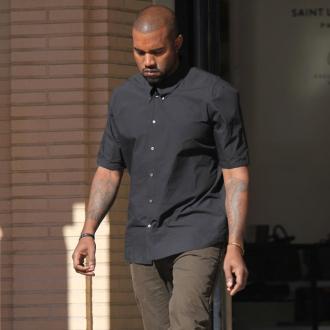 Kanye West was reportedly responsible for the Kardashians' Christmas card.

The rapper - who has six-month-old daughter North with his fiancé Kim Kardashian - wanted creative control of the showbiz family's annual festive photoshoot, and was reportedly the brainpower behind the bizarre futuristic fantasy scene.

A source told RadarOnline.com: ''It turns out that Kanye was the puppet master behind the photo shoot, as he provided art direction, sketches, and costume and make-up ideas.''

Kanye apparently tried to persuade esteemed fashion photographers Annie Leibovitz and Mario Testino to accept the job, but when they turned it down over budget issues David LaChapelle was happy to step in.

The card cost a whopping $250,000 to make and the bill was footed by the 'Keeping Up with the Kardashians' production company, but even the pricey sum wasn't enough to make Kanye's initial vision reality.

An insider added: ''Annie tried to play hardball with Kanye over the money, but the production had to stick to their budget. Ultimately, Annie and Kanye fell out of negotiations.

''Mario Testino laughed it off as a total nightmare assignment. But that happens to be David LaChapelle's speciality, so he wound up with the gig. David was, at best, the third choice and one dictated more by budget than Kanye's much-vaunted 'vision'.''

The casino-inspired image shows the youngest Kardashians, Kendall and Kylie in pride of place, with Kim flaunting her cleavage in a fabulous Yves Saint Laurent gown and, Khloe and Kourtney posing with the latter's two children, Mason and Penelope.

Meanwhile, Kris Jenner is seen sitting regally in a cashier booth and Bruce Jenner - who fought for his right to appear in the female-centric card - stood at the edge of the elaborate neon set, looking out forlornly from inside a glass case.