Kanye West will pay a reported $1 million per night for himself and Kim Kardashian to honeymoon in space. 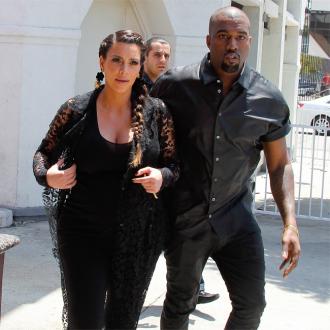 Kanye West wants to go on honeymoon in space.

The 'Bound 2' hitmaker is ''obsessed'' with all things other-worldly and has convinced his fiancee Kim Kardashian - with who he has six-month-old daughter North - to celebrate their marriage with an intergalactic holiday.

A source said: ''Kanye is obsessed with space and anything sci-fi - he's shot many spaceship-themed videos and he even considered training as an astronautical engineer. Now he's fixated on the idea of honeymooning in space.

''Apparently, Kim wasn't keen at first but Kanye has talked her round and there's even talk it will be chronicled on her reality show.''

Kanye wants to check himself and Kim into the CSS Skywalker, an inflatable station being created by Bigelow Aerospace which will float 250 miles above Earth and requires guests to undergo three months of astronaut training before travelling there.

However, the venture - which has been in the pipeline since 2009 and has so far cost an estimated $500 million - is not due to be completed until 2015 so Kanye, who will shell out $1 million a night for the couple to stay there, will arrange multiple honeymoons with his new bride.

The source added to Britain's Grazia magazine: ''Kanye is saying this will be their third honeymoon as it won't be ready for a year. so they'll have two others before then. They're multi-millionaires so money is no object.''