Kanye West wants to collaborate with Drake on a new album

Kanye West is set to collaborate with Drake on a new album, after having worked with one another on their solo LP's 'Views' and 'Life of Pablo' together. 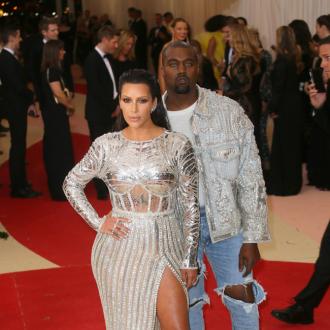 Kanye West is set to collaborate with Drake on an album.

The 39-year-old 'Famous' rapper - who previously worked with the 'One Dance' hitmaker on his 'Life of Pablo' album as well as Drake's 'Views' LP - teased the pair will be working together soon when he made an appearance at Drake's set at Canada's OVO Festival on Monday (01.08.16).

Speaking on stage at the concert, the father of two - who has three-year-old daughter Reign and seven-month-old son Saint with his wife Kim Kardashian West - said: ''Toronto, I got one question for you. Is y'all ready for this album?

And the Canadian-born musician took to the stage to clarify Kanye's plans.

He said: ''What my brother was asking before was, are you ready if we make an album? That's what he was asking.''

Meanwhile, West has revealed a few of his tracks in the past were inspired by a musical venture him and Drake had previously orchestrated.

He explained: '''The 'Wolves' song came from a conversation that me and Drake had, when was gonna do an album together, and the album was called 'Wolves'.''