Kanye West has upset Britain's royal family by playing his music too loudly at the £2,700 a night Lanesborough Hotel near Buckingham Palace. 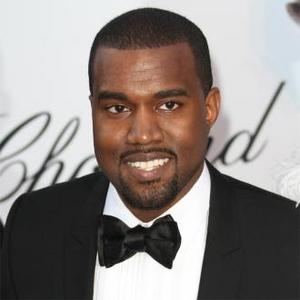 The rapper was reportedly the subject of a number of complaints from unspecified members of the Monarchy who were infuriated by the star playing his music too loudly in his £2,700-a-night suite at London's Lanesborough Hotel - which is near Buckingham Palace - where he has been living with members of his entourage including Common, Pusha T and Big Sean.

Kanye's protÃ©gÃ© Big Sean told The Sun newspaper: ''We went to London and we were right next to the Buckingham Palace and the royal family. There were members of the royal family staying below us.

''Kanye had rented out the top floor and we was banging that b***h out.

''Every room was a studio. The royal family below were complaining like, 'We got all this loud-ass rap music above us and weed smoke.'

''They paid all this money and you don't expect to get these kind of complaints.''

Despite the complaints, Kanye hasn't spent all his time in the hotel.

Last month, he joined in the Jack the Ripper tour, which takes place in London's East End area and retraces the footsteps of the notorious and still unidentified serial killer from the late 1800s.

The 'Stronger' hitmaker took part in the £15-a-head trip to get inspiration for his clothing range, which debuted in Paris last night (06.03.12).

A source explained: ''He told the other daytrippers he is immersing himself in the history of the East End to get inspiration for his fashion range.''