Kanye West to work with Tulisa

Kanye West is reportedly in talks to work with Tulisa in an attempt to boost her flagging solo career. 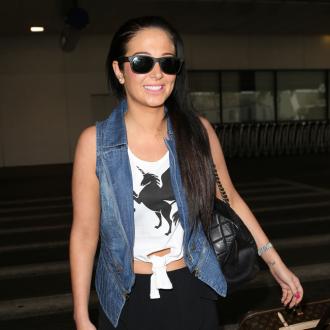 The US rapper is said to be in talks about producing a track for the N-Dubz star, who hopes the collaboration would help revive her flagging solo career.

Tulisa - who has been dropped from her judging role on 'The X Factor' - saw her debut solo album 'The Female Boss' reach just number 35 in the UK album chart, while her recent singles 'Live It Up' and 'Sight of You' failed to reach the top 10, unlike her debut effort 'Young', which went to number one.

A source told The Sun newspaper: ''Kanye could give her a hit, which is what she desperately needs. Look at what Will.i.am did for Britney Spears recently.

''Tulisa is still one of the most famous women in the country and a lot of young girls look up to her -- her fan base proves that.

''It's well within her grasp to turn it all around. All it takes is one hit.''

Tulisa began work on her second album earlier this year, and recently declared she plans to take her sound ''back to basics''.

She said: ''I'm going to make a few singles soon, and I want to take my sound back to basics.

''I want to just make songs that I really love from now on.

''My first single 'Young' got to number one, and that's because it was a very UK-sounding track - and I realise now that's what the fans want.''