Kanye West to record track with Will Smith

Kanye West and Will Smith recorded a track together while they were both in Brazil for the Rio carnival. 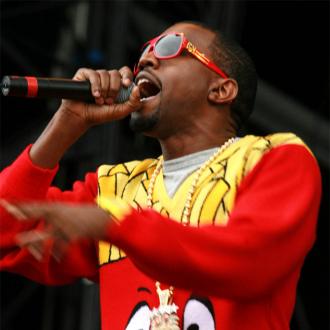 Kanye West has recorded a duet with Will Smith.

The 'Stronger' rapper and the 'Men In Black' star were both recently in Brazil for the Rio Carnival and while they were there, they went into the studio together to lay down a new track.

The pair met in the studio of DJ Batutinha - producer and close friend of singer Naldo - and decided on a ''funky'' tune, which pays tribute to their time in the South American country.

DJ Batutinha Brazilian website Ego: ''Kanye was keen to get to learn more about the funk in Rio and a DJ friend of mine referred him to me. Will and him went to the studio to get to know the sonority of the funk better. I spoke to them about Naldo and his production, and they thought we could all work out something together and launch this new project.''

Kanye and Will plan to finish off the track back in the US and will then send it back to Batutinha so he can give the song more of a ''Brazilian'' feel.

Batutinha hopes the record gets finished soon as he is working with Naldo on his next album and wants to include the Kanye and Will collaboration on the LP.