Kanye West's Cousin Has Broken His Silence About The Death Of The Rapper's Mother Almost Eight Years Ago In An Effort To Clear His Name Once And For All From Any Wrongdoing. 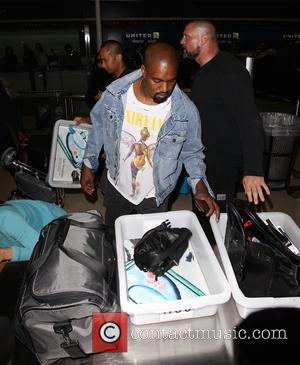 The cosmetic surgeon who performed the procedure that led to Donda West's death has always maintained her nephew, a registered nurse, was at fault for leaving her alone to attend a baby shower, but Stephan Scoggins insists he was not put in charge of his aunt's post-operative care and felt sure she was out of any danger as he took off to attend a family event.

In a new Crime Watch Daily U.S. TV news special, Scoggins has produced emails written between Donda and himself, proving she was in good spirits on the day after her elective surgery, and he had no inkling that she was close to death.

"We were laughing and talking," Kanye's cousin recalls. "She's eating and moving independently fine. I absolutely have not one regret. Not one."

Scoggins also tells Crime Watch Daily he was simply asked to check in on his aunt, but opted to spend the night on the day she returned home after surgery, leaving the following day to attend the party.

Both Dr. Adams and Scoggins have been investigated and cleared of any wrongdoing by the authorities who investigated the tragedy.

Kanye's mother died of coronary artery disease and various complications from plastic surgery, according to autopsy results released by the Los Angeles coroner in January, 2008. The 58 year old passed away the previous November (07) following a series of cosmetic procedures, including a breast reduction, liposuction, and a tummy tuck, all of which were performed by Dr. Adams.

According to the autopsy report, West returned to her L.A. home after the procedures, even though she was advised she should "receive post-operative care at another facility".

She was found unattended and unresponsive the following day.