Kanye West has been accused of 'ripping off' a song by Aphex Twin for a sample featured on his 2010 track 'Blame Game'. 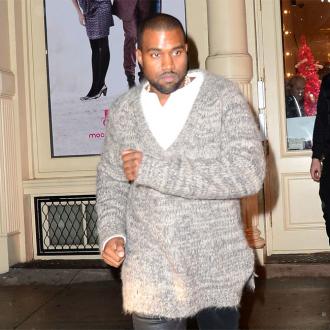 Kanye West has been blasted for ''ripping off'' a song by Aphex Twin.

The electronic musician - real name Richard D. James - has hit out at the 37-year-old rapper over an apparent sample of his track 'Avril 14th' being used on 'Blame Game', which featured on Kanye's 2010 album 'My Beautiful Dark Twisted Fantasy'.

James claims he offered to help the star create a sample but was rebuffed by his team, who went on to take credit for the finished track.

He told Pitchfork.com: ''Is it a sample? I actually don't know what it ended up being in the end, I'm so slack.

''I know that he tried to f***ing rip me off and claim that he'd written it, and they tried to get away with not paying. I was really helpful, and when they first sent it to me, I was like, 'Oh, I can re-do that for you, if you like', because they'd sampled it really badly and time-stretched it and there was loads of artefacts.

''I was like, 'I'll just replay it for you at that speed if you want.' And they totally didn't even say 'hello' or 'thanks', they just replied with, 'It's not yours, it's ours, and we're not even asking you any more.' ''