'Power' rapper Kanye West has stopped swearing in public and is now aiming to become a perfect gentleman, after discovering a new, more positive, outlook on life. 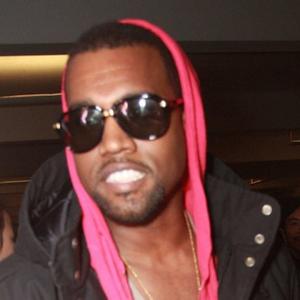 Kanye West has stopped swearing in public in a bid to become a perfect gentleman.

The 'Power' rapper - famed for gatecrashing the stages of numerous award shows, most notably at last year's MTV Video Music Awards when he grabbed a microphone off 'Best Female Video' winner Taylor Swift to launch into a tirade -says he's now in a positive frame of mind and has put his former persona behind him.

Speaking during an interview on US radio station Power 105.1 Kanye said: "That's the Rosewood mentality, like affluence, like not cursing out in public, pulling out chairs for your lady, opening up doors. That's where I'm at."

He added his present worldview is so positive it's helping him produce the best raps of his career and despite the title of his fifth album being 'Dark Twisted Fantasy' he is not in a "dark place".

Kanye, 33, added: "It's ill because I'm at this really good emotional, great place in my life, and they're always saying in hip-hop that you have to be in a dark place to make great hip-hop.

"I feel like I rap better than I've ever rapped at this point. I'm writing raps and I don't even realise how positive they are. They just sound like regular good negative raps."