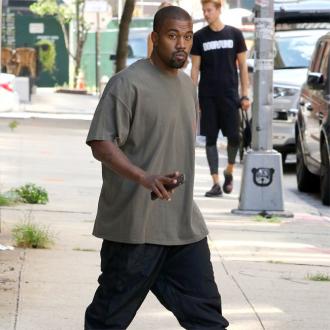 The 40-year-old rapper has returned to the studio and is heavily involved in working on new music, according to his close friend, 2 Chainz, who was previously known as Tity Boi.

Speaking on DJ Drama's 'Streetz Is Watchin' show on Shade 45, 2 Chainz said: ''He's actually producing again, like him, not just giving out directions, which he started doing for awhile. You'll be hearing some new Tity Boi and Kanye real soon.''

The pair recently spent the Fourth of July holiday together, where they discussed music, and 2 Chainz called Kanye a ''marketing genius''.

He said: ''L.A. Reid was over there and everything so for me, it was about going through all the pink trap house pics. When you get around Ye, it's about being creative and being some kind of marketing genius.''

And 2 Chainz also offered some hope that Kanye's feud with Jay-Z could soon be over.

He said: ''What people don't know is that Jay called me behind 'Ye and there was a little something going on right there because 'Ye wasn't cool with that. Jay had got Jermaine Dupri to call me. They called me on 3-way. When Jay called, I happened to tell Ye. He was like, 'You lying! I can't believe he called you!' I'm like, 'Oh s**t.'

''[But on July 4] You know Jay came up. He said, 'I knew that when I was going over...But for the most part, we still brothers.' He had a couple things that was probably personal that he would want me to keep but we talked about the music climate right now.''