Kanye West performed his track 'Lost in the World' in tribute to Gil Scott-Heron at the poet and musician's funeral yesterday (02.06.11). 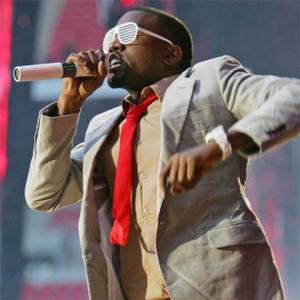 Kanye West performed in tribute to Gil Scott-Heron at his funeral yesterday (02.06.11).

The rapper appeared at the memorial service at Harem's Riverside Church to give a rendition of 'Lost in the World', which includes a sample of Gil's recorded poem 'Comment #1'.

Gil - often hailed as the 'Godfather of Rap' for his politically charged spoken word pieces - died last Friday (27.05.11) after contracting an illness during a recent trip to Europe.

At the service Gil's 31-year-old daughter, Gia, performed some of her own poetry to "honour and celebrate" her father.

She said in her poem: "But because he was before his time, and because time is unfair, we weren't even aware that his time was up.

"But time can never diminish the bonds of unconditional love. So though Your Demise is publicised, this new revolution will be televised."

Gil's first wife, Brenda Sykes - who spoke about his long-standing Friendship with Stevie Wonder at the service - and book publisher Jamie Byng were amongst 300 friends and family members at the funeral.

Jamie added to Nydailynews.com: "Gil would have really loved it. I thought it was a beautiful service.

"It was a Celebration and also a tribute. We all wanted to hear his voice."