Kanye West: I Don't Care What He Says, Obama DOES Call Me At Home [Video]

The rapper tells reporters that Obama's claims of not having his number are false.

Far from being abashed that the Obama says he hasn't got his number, Kanye West still insists that he's phone pals with the President. Of course, the Obama must get a lot of people's numbers, but West has never exactly managed a sentence without some exaggeration. 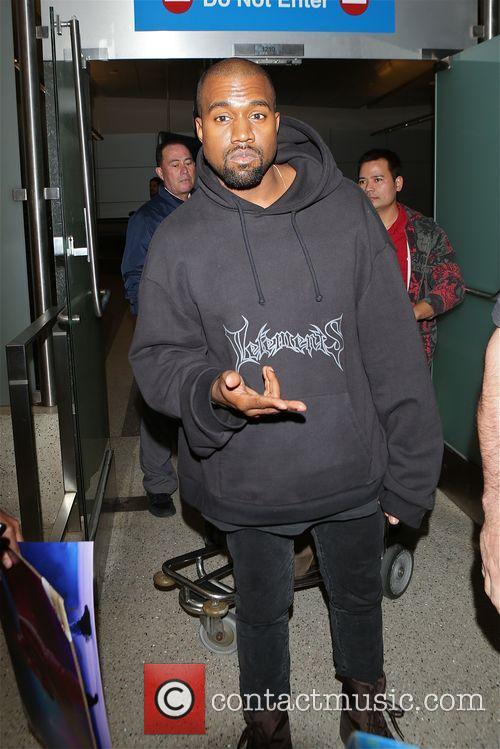 It seems, West is STILL insisting that what he told his audience in Oxford was the truth - despite now being called out on it by the President of the United States Barack Obama himself on Jimmy Kimmel Live. 'I love Obama', he told reporters upon arriving at LAX airport recently, looking rather cheerful and not a bit sheepish. 'He called our house before, he knows that. Don't try to pit us against each other!'


West seems pretty desperate to become the next Jay-Z; what with sticking up for Jay's wife Beyonce's music a little too much at awards shows, collaborating with him on that 'Watch The Throne' album and now trying to steal his prestigious contacts. He's been bandying about that President has been calling him up on his house phone, despite the politician having previously told Jimmy Kimmel that he didn't have a number for him.

'I've met Kanye twice, the first time when I was a senator and he was with his mom and he had just gotten big, he's from Chicago so they wanted to meet', he revealed on Jimmy Kimmel Live. 'Then about six months ago he came to an event. Look, I love his music, he's incredibly creative... um... I don't think I've got his home number.'

More: What to expect from upcoming album 'So Help Me God'

He was responding to a quote from a speech West made in Oxford, where he stated: ' I understand that I'm a servant. And with my voice, with my ability to build relationships with amazing people, speak to amazing people. Call Elon Musk out of the blue, or call Obama out of the blue.he calls the home phone, by the way.'

If we were the most important face in America, we probably wouldn't admit it either. Who do you think's telling the truth?