Kanye West poked fun at himself when he appeared to interrupt a live link to the 'Saturday Night Live' 40th anniversary special last night (15.02.15). 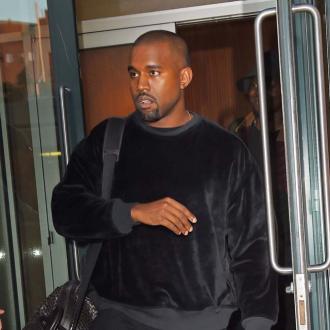 Kanye West poked fun at himself during a live link to the 'Saturday Night Live' 40th anniversary show last night (15.02.15).

The 'Bound 2' rapper strode onto the stage at the Grammy Awards last weekend to demonstrate his unhappiness Beck had beaten Beyonce to the Album of the Year prize - mimicking his 2009 disruption of Taylor Swift's speech at the MTV Video Music Awards when she also triumphed over the 'Drunk in Love' singer - and echoed his antics on the red carpet yesterday when he tried to grab the microphone from NBC host Matt Lauer as he closed the coverage ready to link to the broadcast of the main show.

Kanye then grabbed the microphone as co-host Savannah Guthrie shouted his name.

Matt put his arm round the rapper and asked: ''What's happening, man?''

After Savannah asked when the show started, Matt pushed Kanye away and said: ''Right now.''

The main broadcast provided a number of highlights, including performances from Kanye, Miley Cyrus and Sir Paul McCartney, Eddie Murphy returning to the show for the first time since his departure in 1984, and a touching tribute to Tracy Morgan - who is still recovering from a car accident last June - from Tina Fey and Alec Baldwin.

A number of popular sketches were revisited, with Maya Rudolph resurrecting her portrayal of Beyonce to sing two songs, Will Ferrell revived his 'Celebrity Jeopardy' turn as Alex Trebek and was joined by Kate McKinnon as Justin Bieber, Darrell Hammond as Sir Sean Connery, Alec Baldwin as Tony Bennett, Norm MacDonald as Burt Reynolds, Taran Killam as Christoph Waltz, Jim Carrey as Matthew McConaughey, and Kenan Thompson as Bill Cosby.

Mike Myers brought back 'Wayne's World' - which started life as a 'SNL' sketch before making the jump to the big screen in 1992- and also took the opportunity to mock Kanye's Grammy interruption.

Mike as Wayne Campbell and Dana Carvey as his sidekick Garth Algar discussed the show's past musical guests, which have included Beck and Beyonce.

Dana said: ''I think Beck was one of the best, even better than Beyonce.''