Kanye West is 'so happy' with Kim Kardashian West

Kanye West is ''so happy'' to be married to Kim Kardashian West and says she is ''the woman of [his] dreams.'' 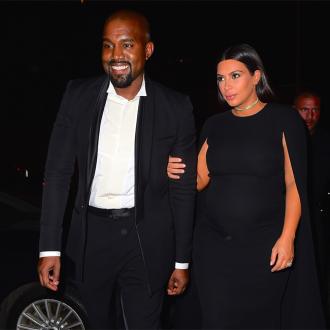 Kanye West is ''so happy'' to be married to Kim Kardashian West.

The 38-year-old rapper says the reality TV star, with whom he has two-year-old daughter North, is ''the woman of [his] dreams'' and is thrilled they are expecting their second child together in December.

He said: ''[I'm] so, so, so, so happy. And I'm happy for the normal reasons to be happy. Because I married the woman of my dreams and I have a beautiful daughter and so many beautiful people around me ... I have a son on the way.

''I have a lot of life ahead of me, and I have the opportunity to be completely rogue and the ability to support myself being who I am exactly.''

The 'Gold Digger' hitmaker also says North is his ''biggest inspiration'' and credits Kim, 34, for helping him to feel more confident and positive.

Asked how he copes when he is depressed or anxious, he told SHOWstudio's 'In Camera' series: ''I talk to my wife.''

Meanwhile, Kanye thinks the 'Keeping Up with the Kardashians' star and her family deserve more respect from the entertainment industry.

He said: ''I feel proud to be in a family that has so many people breaking ground for the generations that come. I just feel like reality show, that's so f**king new of an art form. It's like my wife and her family should have had plenty of Emmys by now, but reality shows are considered to be like rap. Like when the Mondrian wouldn't let Run-D.M.C. and motherf**king Will Smith stay there because they were rappers.''