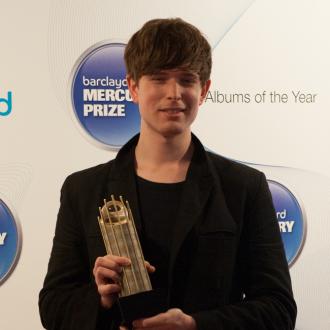 The 26-year-old musician has announced the 'All Day' rapper along with singer/songwriter Justin will feature on his third studio album, which he recently revealed will be called 'Radio Silence'.

Questioned on whether the pair will appear on the LP during an interview with Esquire magazine, he revealed: ''I can confirm that they're on it. Kanye - I'm with him today. We'd already started on something ... today we should nail something down. If it doesn't end up on the album you know it hasn't worked.''

The record will be the follow-up to James' 2013 album 'Overgrown' which was nominated for the prestigious Mercury Prize after receiving critical acclaim on its release.

It's no surprise Kanye has finally stepped into the studio with the electronic musician, having previously invited him to collaborate after calling him his ''favourite artist''.

However, last year the 'Retrograde' singer confessed it was tricky trying to arrange a track with the rapper - who has two-year-old daughter North with wife Kim Kardashian West - because Kanye insists on being in the same room when he's working with another musician.

James explained: ''You know, the way that I like to work is bare bones and personal. I think because Kanye's such an accomplished producer, if I was to work with him, then I think we could do something together, and just together, you know?''