Some of the celebrities whose naked likenesses made an appearance in Kanye West's new 'Famous' video have actually spoken out to assure the public that they are not, in fact, in the video. Y'know, just in case you genuinely thought George Bush and Donald Trump would ever get naked in bed together. West is very surprised he's not been sued yet, but there's still time. 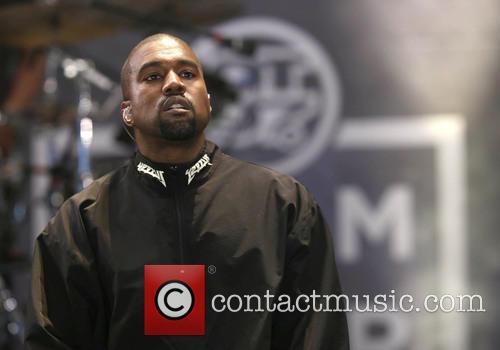 Kanye West is waiting to be faced with a lawsuit. Or two. Or three.

In fact, former President of the United States George W. Bush actually seemed quite relaxed about the whole thing, though he did want to point out that the lookalike or wax figure or whatever was used was not representative of his current physique. 'In case there was any doubt, that is not President Bush. He is in much better shape', a representative for the former President told TMZ.

George Bush, Anna Wintour, Donald Trump, Rihanna, Chris Brown, Taylor Swift, Kim Kardashian, Ray J, Amber Rose, Caitlyn Jenner and Bill Cosby all appeared in the video, all naked, some partly concealed by bedsheets and all apparently sleeping. Obviously, there was no doubt that Swift was going to be in it, given the drama surrounding the reference to her in the song, but apparently she is less than happy about it.

According to HollywoodLife, the 'Blank Space' singer is 'livid' and 'horrified'. 'Taylor didn't know what to do when she heard about what Kanye did', a source told the publication. 'She is bewildered, feels betrayed and is beyond frustrated with Kanye. It is like a complete nightmare. Taylor is pissed to say the least!'

Chris Brown, meanwhile, was less concerned about his appearance in the video. 'Why I gotta have the plumbers butt/ crack showing WAX figure? This n***a KANYE CRAZY, talented, but crazy', he said on Instagram, with a series of smiley emojis.

Really, this whole situation is prime lawsuit material, but West appears to be waiting for a major backlash. On Saturday, he said on Twitter, 'Can somebody sue me already #I'llwait', before removing it - possibly regretting his open invitation to be sued by a former President, a potential future President and one of the most powerful figures in the fashion world.