‘Famous’ was premiered live on Tidal, Friday (June 24) during West’s show at the Forum in Los Angeles.

Kanye West’s new video for ‘Famous’ might just be his most controversial and thought-provoking work yet. Visuals from the video premiered on Friday night and fans watching live on Tidal couldn't believe their eyes, as uncanny likenesses of celebs including Taylor Swift, Amber Rose, Bill Cosby and Caitlyn Jenner all appeared on screen completely naked. 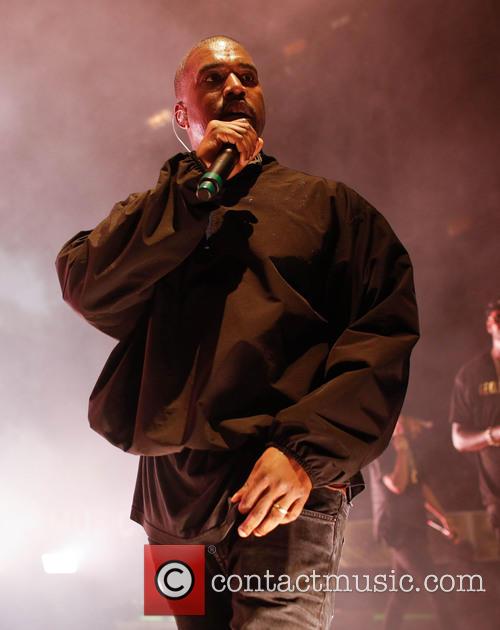 Introducing the video West told the crowd: "I wanna thank Eli first of all who was in the project every day …I don't wanna give away how it all happened. I wanna thank all my family, my wife, and y'all supporting ideas and truth. I got one question though. Would you like me to play that back?”

More: Taylor Swift Slams Kim Kardashian And Asks For Her And Husband Kanye West To Leave Her Alone

The video features the 12 famous faces sleeping in a bed together and is inspired by Vincent Desiderio’s painting ‘Sleep’. Speaking about the video to Vanity Fair, West said: “We were very careful with shots that had [something] sexual to take them out.”

As for why he chose certain people, well they all have a connection to the rapper. For example West famously said that then President George Bush ‘doesn’t care about black people’, during a live TV fundraiser for the victims of Hurricane Katrina.

Then earlier in the year West tweeted: ‘BILL COSBY INNOCENT !!!!!!!!!!.’ But when asked of Cosby’s inclusion was an endorsement, West said: “It’s not in support or anti any of [the people in the video],” West said. “It’s a comment on fame.”

West also revealed he was given permission by his wife to make the video. “[I say] a lot of lines other wives would not allow a husband to say,” he said. “But my wife also puts up photos that other husbands wouldn't let them put up. One of the keys to happiness in our marriage is we’re allowed to be ourselves.”