Kanye West, Taylor Swift, Sam Smith, Eddie Redmayne and Miley Cyrus have been mocked up in a series of concept images to see how they will look when they are older. 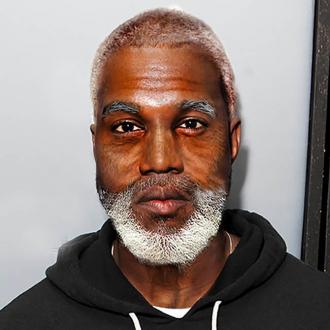 Kanye West, Taylor Swift, Sam Smith, Eddie Redmayne and Miley Cyrus have been mocked up to see how they will look when they are pensioners.

The 37-year-old rapper appears to have aged well in the concept images - the creative handiwork of money saving website www.VoucherCodesPro.co.uk - albeit he has been graced with a big grey beard and appears to have dyed his hair.

But Kanye and his wife Kim Kardashian West will be hoping the blog post's section on the 'Bound 2' hitmaker does not come true as it predicts the couple will split in eight years.

The post reads: '''Yeezus', as West insisted on being called, ditched a music career after his relationship with Kim Kardashian broke down at the age of 45.

''He turned to writing and penned an autobiography called 'My Life as Jesus' which sold-out worldwide.''

Taylor's older look sees her sporting a few wrinkles but on the whole the blonde beauty looks as fresh faced as ever, and the website believes she will add to her another 10 cats to her current collection, which consists of her felines Meredith Grey and Olivia Benson.

It states: ''The 'Shake It Off' star still looks as glamorous as ever, with her skin still glowing following a successful career as both a musician and actress. The former country star returned to her roots, performing a sell-out US country tour before retiring for good with her 12 cats.''

The full blog post can be read here: https://www.vouchercodespro.co.uk/blog/how-will-these-celebrities-look-when-they-are-older.