Kanye West feels his performance on a makeshift mountain is just as dangerous as being a solider in war or a police officer on duty. 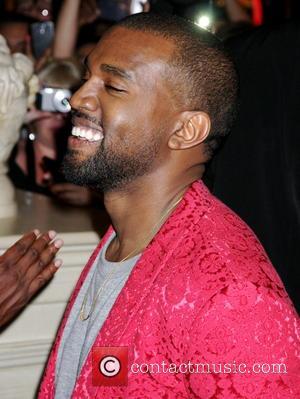 Kanye West is the biggest headline grabbing celebrity of 2013 and even though the year is weeks from ending, the rapper still manages to go out with a bang.

The 36 year-old is currently on his North American 'Yeezus' solo tour which has dealt with several issues since it began on Oct 19th.

West has already had to cancel two concerts in Vancouver, Canada, and one show in Anaheim, Calif.

The performance itself contains very elaborate aspecpts, from women in bodysuits lifting Kanye into the air, being joined by a Jesus Christ look-a-like on stage and climbing to the top of a huge artificial mountain.

The latter is what West seems to have the problem with, he compared the dangerous antic to being a law enforcer or a solider fighting on the front line in a radio interview with SaturdayNightOnline.com.

"I'm just giving of my body on the stage and putting my life at risk, literally," Kanye said, when referring to standing on top of the makeshift mountain.

"I think about when I'm on the 'Can't Tell Me Nothing,' and 'Coldest Winter' moment, like that mountain goes really, really high." he continued. 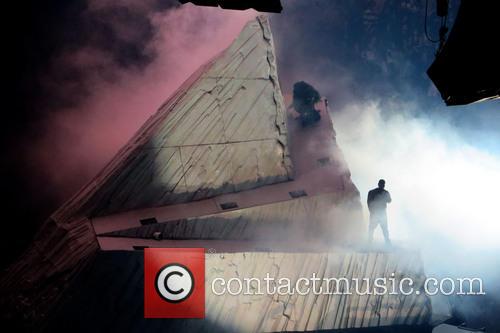 West beginning his ascent up the makeshift mountain

West didn't stop airing his concerns there, the 'Black Skinhead' rapper also spoke about the media and public scrutinising him, "You're literally going out to do your job every day knowing that something could happen to you," he added.

Besides from comparing performing on stage to the heroic task of fighting for your country or fighting crime in order to make communities safer places for its residents, Kanye also reminded listeners that he was a "creative genius", but even that comes with a price.

He said, "When I say 'creative genius' it's not a compliment to myself, it's a plague. To be able to have all these ideas and not get them out. That's painful." 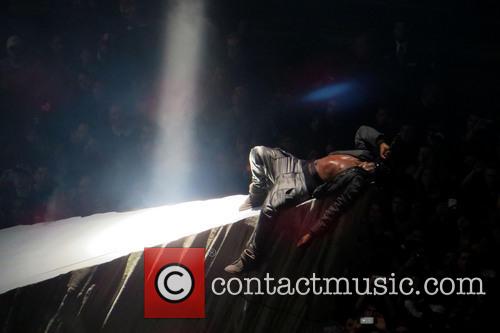 West performing on the summit of the mountain