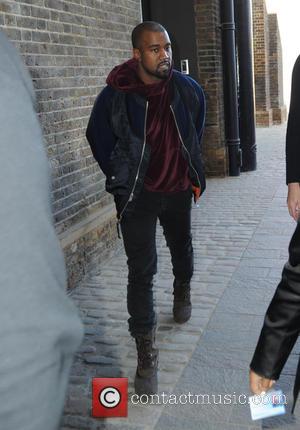 Kanye West has courted controversy by calling for a cultural revolution to end luxury branding and make designer goods available at lower prices.

The rapper was a guest lecturer at Oxford University in England on Monday (02Mar15), and during his address to students, he explained his ideas about class, consumerism and advertising.

West insisted advertising luxury products such as designer clothing and expensive cars creates a divide in society between the wealthy and the poor, and he insisted goods need to be repriced to redress the balance.

According to Oxford.tab.co.uk, he told the audience, "In America people really do wear $3,000 shirts. For real... We've been sold a concept of joy through advertising, through car advertising, through fashion branding. It's not the concept of time, time with your family, time with your friends, the little time that we do have on Earth and what we do with that. It was somehow sold to us through a Gucci bag or something.

"Time is the only luxury. It's the only thing you can't get back... It feels like people do everything in life to get this Bmw, this (Mercedes) Benz, to get this townhome... And when you're sitting in traffic in your Bmw, it's something that feels empty... It's illegal to not wear clothes, and also possibly too cold... Clothing should be like food. There should never be a $5,000 sweater. You know what should cost $5,000? A car should be $5,000. And you know who should work on the car? The people that work on the $500,000 cars. All the best talent in the world needs to work for the people. And I am so f**king serious about this concept that I will stand in front of anyone and fight for it... What good is anything that everyone can't have. Every 'ism'. They think we're done with racism. What about elitism, what about separatism, what about classism?"

West, who is a budding fashion designer, has previously partnered with luxury goods companies including Louis Vuitton and Giuseppe Zanotti.