Kanye West Is "The No.1 Rock Star On Earth," He Claims

In an interview with BBC DJ Zane Lowe, Yeezy described rap as the new rock and said that he was the king of the genre

Kanye West's ego need know introduction, so when he described himself as the planet's biggest rock star, it wasn't exactly an alarming statement. Speaking to BBC DJ Zane Lowe in an exclusive interview, West went on to discuss the opertunities awarded to him as a black artist thanks to Michael Jackson and the sacrifices in the name of civil rights that his parents and grandparents gave, as well as also discussing his life with Kim Kardashian. "Rap is the new rock 'n' roll. We are the real rock stars and I'm the biggest of all of them. I'm the number one rock star on the planet," the 'Black Skinhead' rapper boasted. Kanye, who begins his world tour in support of new album Yeezus next month. The album, released in June this year, received mostly unanimous praise for his sixth full-length release and reached the top of the album chart in the US, UK, Australia and Canada upon it's release.

His comments on civil rights boundaries stretched into the fashion industry, an area where he has consistently attempted to make a name for himself. He claimed that he has struggled to be taken seriously, and argued that the industry had not supported him as a black designer. He also went on to thank his mentor and now regular collaborator Jay Z for his guidance and for helping him get his start in the rap game. Recalling his emergence as a "young revolutionary" from Chicago, he thanked Jay for being a "big brother" to him and helping him hone his skills as a rapper. 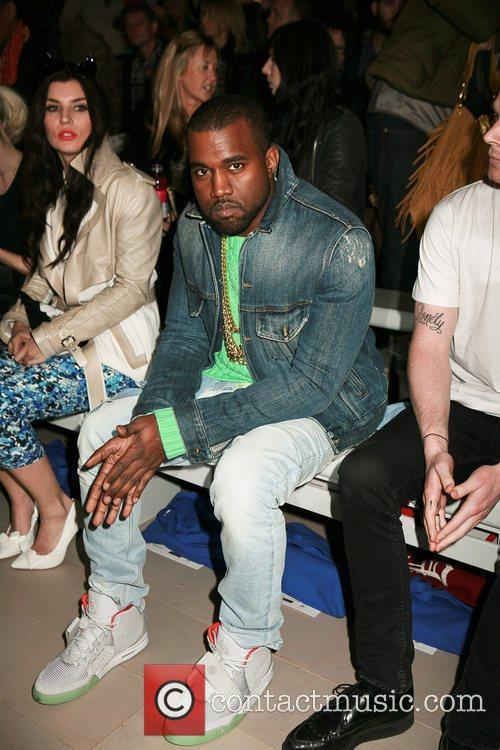 The subject of conversation soon turned to his personal life, in particular his relationship with Kim Kardashian and his much more volatile relationship with the paparazzi. Despite regularly facing the glare of the pap's camera and voicing his disdain for them on numerous occasions, Kanye admitted "Paparazzi is necessary, not even a necessary evil, it just needs to be legalised, meaning at a certain point there's cut-off switches." He added, "They're selling our image and they're selling it in a bad way. I'm changing things for my daughter and I'm going to tell [her], 'Me and your mother were in a completely different situation than you're in...all this cheques you're getting age six because people are taking your picture, you don't have to worry about a thing ever again just because people want to take your picture, and I made that happen Nori.'"

Nori, or North West; his daughter with reality star Kim Kardashian, was also on topic when he discussed his relationship with Kim Kardashian. He said that his relationship with Kardashian had been purely positive on his life, stating that he found it easy to get comfortable with her in an intimate manner because she was well-off enough for him to not be interested in his money. He gushed, "She gave me everything. She gave me a family. She gave me a support system." Kanye credits Kim for changing his life for the better