Kanye West wants to spend Christmas in New York, while Kim Kardashian wants to celebrate with her family in Los Angeles. 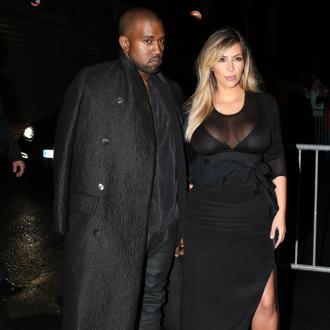 Kanye West and Kim Kardashian are arguing over where to spend Christmas.

The 'Bound 2' rapper wants the couple and their five-month-old daughter North to spend the festive season in New York, but his fiancee has her heart set on a traditional celebration with her extended family in Los Angeles.

A source said: ''It's causing a lot of rows. Kim assumed Kanye would be fine with them doing Christmas Day at her family's home but now he wants them to do their own thing.

''Kim's told him how much it would mean to her to spend North's first Christmas with her family. She has also explained how she would love to have their daughter at the family home and to continue the Christmas traditions that Kim has cherished all of her life.

''But Kanye is just saying he hasn't made up his mind, and would like to spend it alone with her and North.''

Though Kim has suggested a compromise to suit them both, Kanye is said to be determined to avoid the Kardashians as he is still upset over their reported criticisms of his controversial 'Bound 2' video.

The source continued to heat magazine: ''Kanye thinks everything he does is the work of a genius and will hear no criticism, and if anyone dares to offer an opinion he reacts badly. Kanye is creating drama by saying he doesn't want to do a Kardashian Christmas. Kim's trying to tell Kanye that it's just a day - they can have the private jet waiting then head to New York the next day.

''She's really trying to dig her heels in after Kris, Kourtney and Khloe begged her to reason with Kanye, but he's insisting it's time for them to make their own traditions with North.''