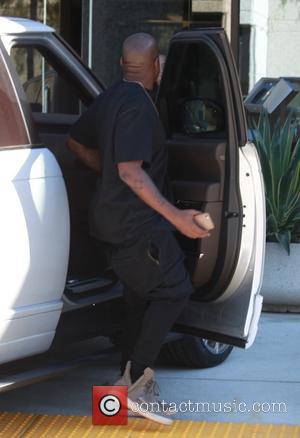 The pair's tour riders, which list their requests for hotel accommodation, have been leaked online and show the two hip-hop stars have some bizarre demands for staff.

In the documents, obtained by editors at TMZ.com, Kanye asks hotel employees to remove any vases which are not the desired shape because he wants them all to be "cylindrical", while Jay Z orders cleaners to refrain from vacuuming floors anywhere near his room.

Kanye also insists the towels in his suite must be black, and asks for a rare vintage stereo speaker, the Genelecs 1031a, to be put in place for him.

Jay Z wants all staff to be banned from asking him about concert tickets to "avoid embarrassment", and he also demands three $80 (£50) tuberose-scented candles and for the entire suite to be "baby-proofed" for his young daughter Blue Ivy.

A previous rider from one of Kanye's tours emerged in 2012, revealing the Stronger star asks for cosmetics to be placed his dressing room backstage.

He demanded lip balm, face scrub, body lotion, baby wipes, anti-dandruff shampoo and posh scented soap at all of his gigs, as well as a games console and three bottles of liquor.

Other stars to have issued bizarre demands on their tour rider include pop superstar Cher, who needs a special 'wig room' backstage to house all her hairpieces, and Mary J. Blige who wants a new toilet seat to be provided for her at every show.

Katy Perry's one-time tour rider even asked for chauffeurs to be banned from "staring" at her in the rear-view mirror, and after the documents went public she changed the paperwork to remove the clause.

She said of the rider, "The whole driver thing, I have no idea where that came from. My response was, 'Just change it. Make it not so silly!'

"My sister handles flowers and VIP stuff... Anyone who knows me knows I'm easygoing. I'm just an entertainer. I'm not asking for the sun to shine at night."