BBC Radio 1 DJ Grimshaw brought together a variety of celebs for the affectionate, fully-clothed parody version of Kanye's now-infamous 'Famous'.

Unlike Kanye’s controversial clip, in which incredibly life-like waxworks lie completely naked in the same bed, in the self-styled ‘Safe For Work’ parody version all the celebrities are fully clothed. 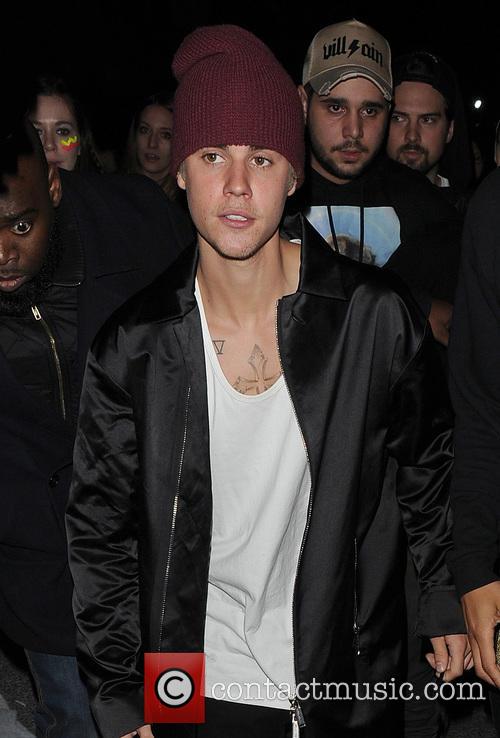 At the beginning of the clip, former ‘X Factor’ judge Cheryl and pop megastar Bieber have an argument over who is the “hottest” singer. “Probably me, no I'm just messing with you but I do have a perfectly symmetrical face,” Bieber says.

Still riding the storm of controversy, Kanye has organised screenings of his video, in promotion of the track from his recent album The Life of Pablo, in the U.S. and across Europe. In London last weekend, he projected clips from the video onto the sides of buildings.

The video has been criticised for invading the privacy of various celebrities, most notably Taylor Swift, and it includes waxworks of Donald Trump, Rihanna, George W Bush and Bill Cosby.

‘Girls’ creator Lena Dunham slammed it in a recent essay, claiming that it “feels informed and inspired by the aspects of our culture that make women feel unsafe even in their own beds, in their own bodies.”

Kanye has defended it as a homage to the artist Vincent Desiderio, describing it is a commentary on the cult of celebrity.

More: Artist who inspired Kanye West’s controversial ‘Famous’ video says he was “floored and honoured” by the homage